For the fifth year in Latvia – the Latviabeerfest 2015 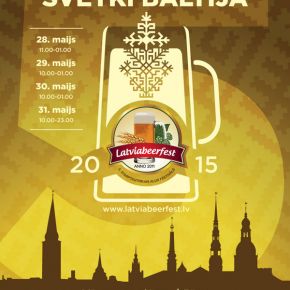 You do not have to go to Germany anymore to enjoy a real beer festival and rich cultural program: now, for the fifth year in a row, you can enjoy it in the very heart of Riga at the Vermane Garden on May 28-31.

The largest Baltic beer festival Latviabeerfest gathers beer producers from both Latvia and abroad. During the festival you will have a chance to taste more than 165 sorts of beer, a part of which is brought from other countries to celebrate the 5th anniversary of the festival.

The festival will take place for the fifth time, and it has been recognized as one of the biggest beer festivals as well as a large scale cultural event in the Baltic States.

Celebrating the significant anniversary, Latviabeerfest has been officially marked on the European Beer Festival map. As an acknowledgement of this fact, the city of Riga and Latviabeerfest have received a present from the oldest European beer festival Octoberfest –a big beer barrel of the festival.

The public presentation of the barrel will take place in the opening ceremony of Latviabeerfest on May 28 at 17:00 in the Vermane Garden with Andris Ameriks, Vice Mayor of Riga, tapping the barrel for the first time and inviting festival visitors to taste the beer brewed by the most famous Latvian brewer Kārlis Zālīte.

Latviabeerfest welcomes you to participate in the festival quizzes and competitions and attend festival concerts that will take place every evening.

On May 28 which is the first day of the festival–, shortly after the magnificent opening, there will be a quiz called A beer historian needed; later in the evening the territory of the Vermane Garden will be filled with music performed by our famous musician Atis Ievins and his group The Rock Brothers.

The second day of the festival will invite the visitors to support the strongest men of the country in different strength competitions, and in the evening the entertainment will be provided by the group Roja with their old and well known songs along with some new ones.

Saturday, the 30th of May, will be the culmination day of the Latvianbeerfest with tasting of a wide range of delicious beers, and the visitors will have a chance to watch a very powerful performance Strongmen show followed by musical entertainment provided by the group „Iļģi”, and the group Mākoņstūmēji will be happy to play for those who love dancing.

Rounding up the fifth anniversary, on the 31st of May the Latviabeerfest is organizing the annual competition MIS Latviabeerfest 2015, where all ladies are very welcome to take part. As in every proper celebration, Latvianbeerfest too invites you to dance:  –the group B*Roll Band will take care of music. In the final of the festival with a special award ceremony we will honour all of the beer producers!

Dj E.E.Edzins will provide a relaxing, inspiring, and fun musical background during the entire festival. 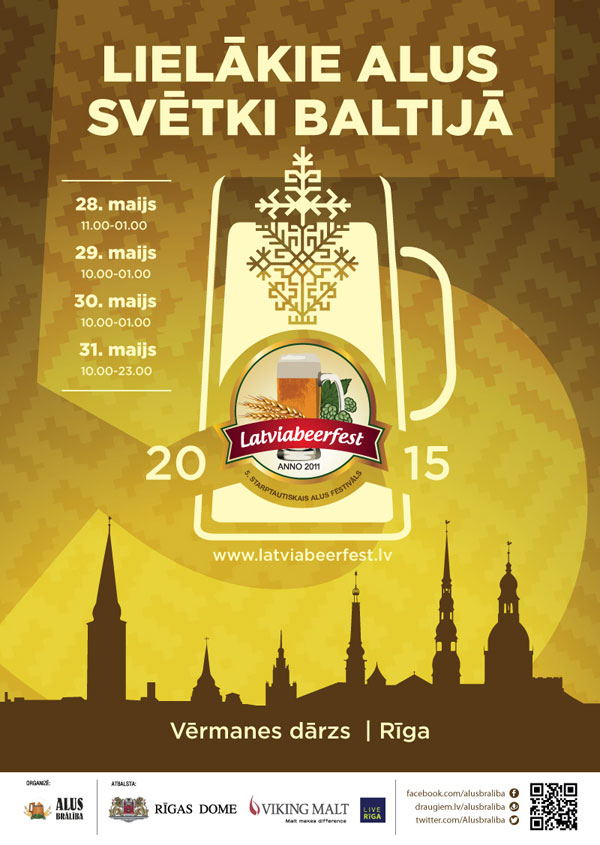